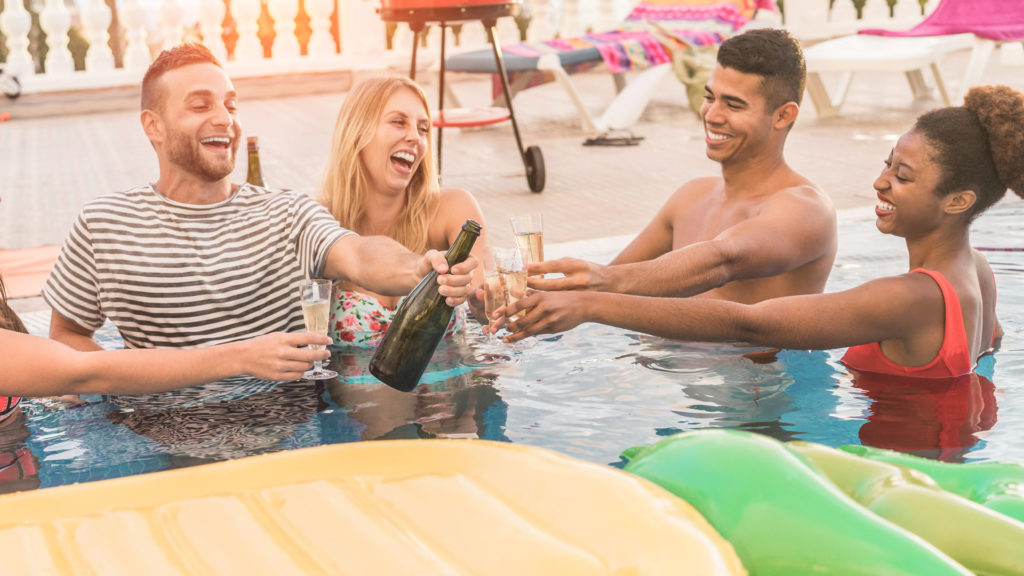 Around the World in Six Cocktails: Drinks Named After, Countries, Cities, and States!

As well as being incredibly tasty, there’s something exotic and exciting about drinking cocktails named after some of the world’s most illuminating places!

But we often head to the bar with little consideration for the origins of the drinks we enjoy. And in reality, they tend to have fascinating stories behind them, which further adds to their appeal.

In this post, we take you around the world in six cocktails and introduce you to the origin stories of six of the world’s best-loved drinks.

One of the world’s most popular cocktails, the Singapore Sling is almost as famous as the country itself! Its creator, one Ngiam Tong Boon, perfected the drink in the Raffles Hotel in Singapore in 1915. He probably never imagined his creation would become a mainstay of cocktail bars around the world.

The white/black Russian combo was actually first put together in Belgium. They were initially the work of Belgian barman Gustave Tops, who created the signature drink at the Hotel Metropole in Brussels in 1949. Rumour has it that he conceived the beverages in honour of Perle Mesta, the U.S. Ambassador to Luxembourg at the time.

Few drinks evoke scenes of paradise quite like the blue Hawaii. It was first put together by Dutch bartender Harry Yee in the 1950s, when he was commissioned by Dutch distiller Bols to produce a signature drink that exhibited their popular blue spirit, Curacao. As a former head bartender of the Hilton hotel in Waikiki, Yee created something that locals and tourists alike would enjoy on the beaches of Hawaii.

Quintessentially British in every way, the London Buck was first conceived by Harry Craddock at the Savoy Hotel, London, in 1920. In keeping with the British love affair with gin, Craddock’s creation was uniquely simple with only three ingredients – gin, ginger ale, and lemon juice. For those hoping for a drink of the elegance and grace of a British gentleman, look no further than the London Buck.

Definitely the drink with the best name ever, the Alabama Slammer was a concoction of students of the University of Alabama in 1975. While details about its inventor are scarce, it went onto star as the drink of choice of barman Brian [played by Tom Cruise] in the movie Cocktail. It is also the signature drink of the Alabama Crimson Tide football team. A true American favourite!

The origins of the Long Island Iced Tea are hotly disputed! But many sources say that it was the invention of the ‘Old Man Bishop’ during the days of prohibition in Tennessee, sometime in the 1920s. The mysterious bishop is said to have combined tequila, gin, rum, whiskey, and maple syrup, which was easily disguised as iced tea. Is this true? Who knows, but it’s an enduring story of one of the most popular cocktails in the world!

Which will you try?

Now that you’ve heard the origin stories of some of the world’s most famous cocktails, which ones will you try? Are you tempted by the elegance of the London Buck?

Or perhaps you’re excited by the exoticism of the Blue Hawaii? Whichever you enjoy, be sure to take it in the company of good friends!

Few things in life are as enjoyable as meeting up for cocktails, and you can now impress your buddies with your knowledge of the story behind these drinks named after places!