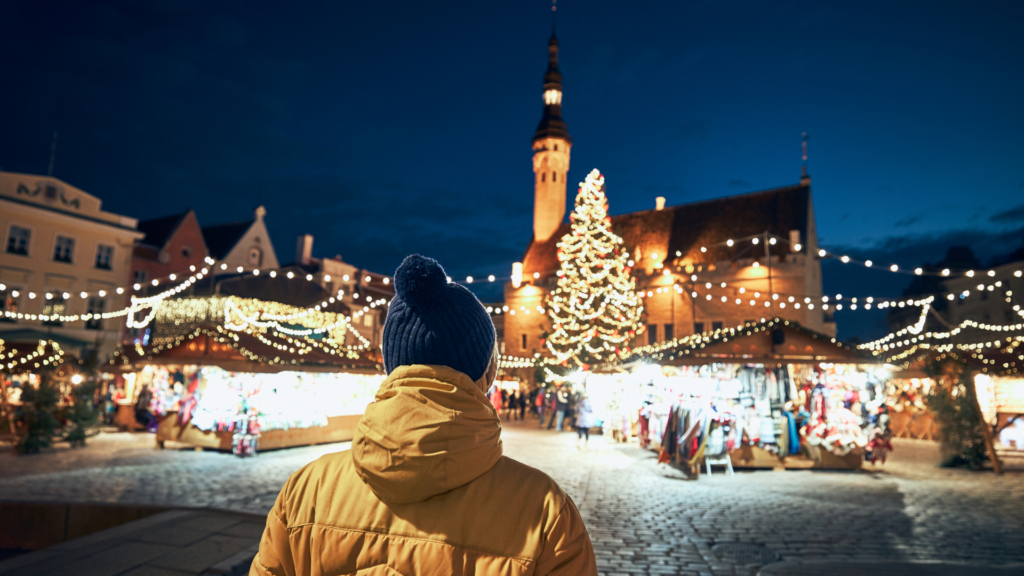 A lot of us dream of traveling to Europe in the summer months — the beautiful sunsets, clear blue waters and historic landmarks. How about exploring some of these same places in the winter? Let’s say…around Christmas time? Europe has some of the most stunning Christmas markets and snowy destinations you could think of! If you love snow, holiday spirit, hot cocoa and small picturesque towns…keep reading!

Germany is the absolute paradise of Christmas markets, but the ones in the Black Forest region are the most enchanting. Stuttgart has one of Germany’s biggest and oldest markets — it’s been around for over 300 years! There are hundreds of vendors selling food, gifts, ornaments and everything in between.

If you’re looking for Instagram-worthy photos, look no further than the medieval town of Bruges! Like most European cities, Bruges is home to several awesome Christmas markets, which offer plenty of shopping and a huge variety of activities and public entertainment. While visiting, make sure you sample traditional Belgian spiced Christmas cookies, speculaas, the world-famous Liege waffles and Brussels waffles — you won’t regret it!

Vienna is romantic and dreamy all year round, especially around the holidays. The largest Christmas market is in the city centre, right in front of city hall. There’s a giant Christmas tree, a skating rink and even a carousel! Just like the French, the Viennese love food — there’s krapfen (deep-fried pastry similar to donuts and often filled with jam), kartoffelpuffer (potato pancakes), and raclette (bread coated with melted mountain cheese).

From late November through January 3, Croatia’s capital city is a wonderland of lights, music, art, entertainment, and food (otherwise known as Advent) — notice that food is a recurring theme at European Christmas markets! The fountain in Ban Josip Jelačić Square is transformed into a light display, and there’s a huge Christmas tree decorated with lights! Zagreb is also one of the cheapest places to visit in Europe during the holidays and is way less crowded than some other destinations.

You simply can’t make a list of Christmas markets in Europe without listing London! It’s hard to decide what the biggest attraction is during this time of year — Hyde Park, Oxford Street, Sloan Square and the other shopping districts. Similar to New York City, department store windows become magical scenes that range from elf workshops to futuristic fashion shows (can you imagine Harrod’s store display?!) Everything in this city is pure magic and it’s surely worth a visit!

Similarly to Vienna, the charming city of Prague at Christmas time is a truly magical experience. The most stunning place to visit in December is Prague Castle (Pražský hrad), the world’s largest castle complex, which is decorated with lights and holiday cheer from its foundation to its spire! Finally, there’s the Old Town, with the 22-metre tree, carolling, choral concerts and endless vendors. Talk about dreamy…

From November through January, Amsterdam has an annual light festival with a different theme each year. Most of the displays are in the Canal Ring and the Amstel River areas. The best part? Illumination artists have free reign to interpret it however they want, as long as they illuminate buildings and decorate the bridges.

Find great deals on flights to these destinations and more with http://flighthub.com