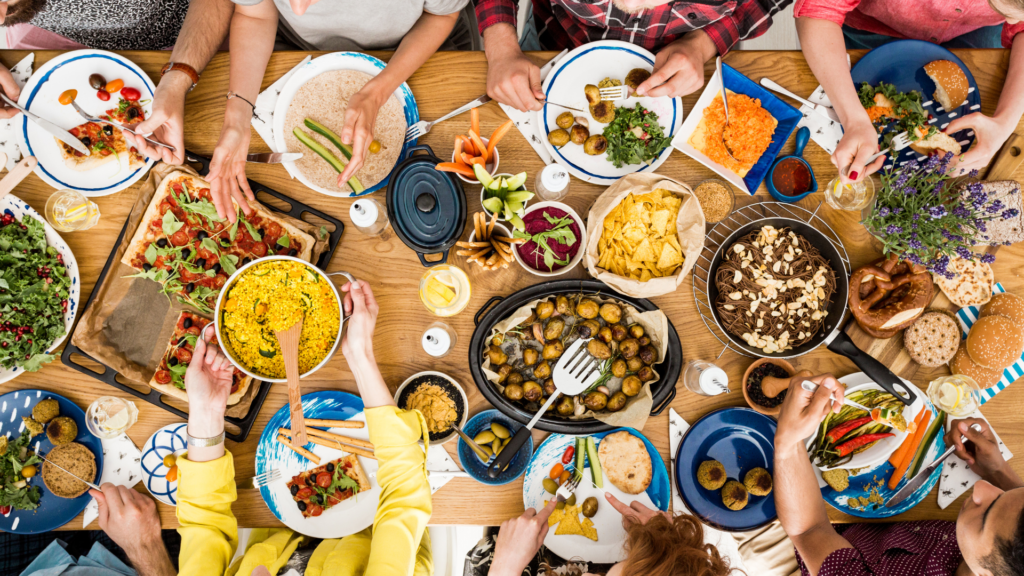 Comfort Foods From Around the Globe

It’s winter, it’s cold and all we want is a warm, comforting meal. You can probably name a few North American classics like macaroni and cheese or fried chicken, but have you ever wondered what other nations reach for when they’re craving a comforting meal? Let’s eat our way across the continents with these 10 comfort foods from around the globe.

This is a classic dish that’s served in many North American restaurants and I’m sure we’ve all had it before! However, this soup is very common in France during the winter months — it’s actually often had as a main meal, rather than an appetizer because of how rich it is. Loads of onions, red wine, beef broth, topped with baguette, Gruyere cheese and a touch of nutmeg. Who knew soup could be so indulgent?

Every pub in the UK will serve their own version of fish & chips. Traditionally, cod or haddock are fried in a crispy batter and served with fries aka chips. Some pubs serve this iconic dish with tartar sauce or tomato ketchup, but most Brits will just have salt and vinegar with it. You simply can’t go to the UK and skip having fish & chips on a rainy evening!

Moussaka is a classic Greek comfort food. It’s one of the most popular dishes in Greece! It is a layered casserole-style dish made with vegetables and meat. The most traditional version is made with delicious layers of potato, eggplant, cheese, meat sauce, and a creamy béchamel sauce. While it does take a bit of work, it’s a perfect meal to serve for a crowd since it can be made in advance and in large batches!

This is a Creole dish, originating in New Orleans, Louisiana. Most gumbo recipes involve chicken, sausage, shrimp, vegetables and are served over rice. Let me tell you, it’s extremely filling! The process that gives Gumbo it’s iconic flavour, is the dark roux that you patiently stir for what feels like *forever*. It’s time consuming and requires lots of ingredients, but the flavour profile is so rich and unique. A true Southern comfort!

Otherwise known as West African Peanut Soup, Maafe is enjoyed in many Senegalese households. This spicy peanut stew is made with beef, sweet potato and carrot, then served over rice. It is a surprisingly easy recipe and can be made in a single pot for a healthy and hearty weeknight dinner! Don’t we all love one-pot meals?

This predominantly rice-based dish originates from Valencia, Spain and has become a trademark in the region’s cooking. The type of rice that is used in paella is bomba, since it absorbs much more liquid than any other type of rice. You’ll also find rabbit, chicken, beans and saffron in this hearty Mediterranean dish. Fun fact: Did you know that the reason it’s called paella is because of the deep pan it’s cooked in?

Lamb tagine is a staple in Moroccan cooking! Slow cooked in a special pot all day long, tagine is typically made with lamb or beef, prunes and almonds. Cheaper cuts of meat can be used as the process of slow cooking tenderizes the meat. If you don’t have a tagine pot, you can always use an Instant Pot or Dutch Oven to get similar results. Trust me, if you like the mix of sweet and savoury in your dishes, you’re going to love this!

Otherwise known as Polish dumplings, pierogi ruskie are stuffed with potato and cheese. They can be enjoyed boiled or pan-fried, and are typically served with sour cream and caramelized onions. Yet another rich, but flavourful dish, pierogi are served all over central and eastern Europe. They even have a yearly Pierogi Festival in Kraków, Poland, which serves around 30,000 pierogi per day!

Biryani is an Indian curry and rice casserole that can be made with virtually any protein. Most often, we speak of lamb biryani, but chicken, beef and egg are also common. Biryani’s iconic yellow colour is thanks to the saffron that tints the rice — it is also quite spicy! Often, a cucumber raita is served on the side to balance out the heat.

Last but not least, we have one last soup! Matzah ball soup is a chicken based soup filled with delicious dumplings made out of matzah meal, eggs, chicken fat and broth. A seemingly unassuming dish that actually packs depth of flavours and reminds us all of home. Similar to North American chicken noodle soup, it’s a tried and true cure for everything in many Jewish households!

Travel to taste these delectable dishes. Find great deals on flights and hotels with http://flighthub.com