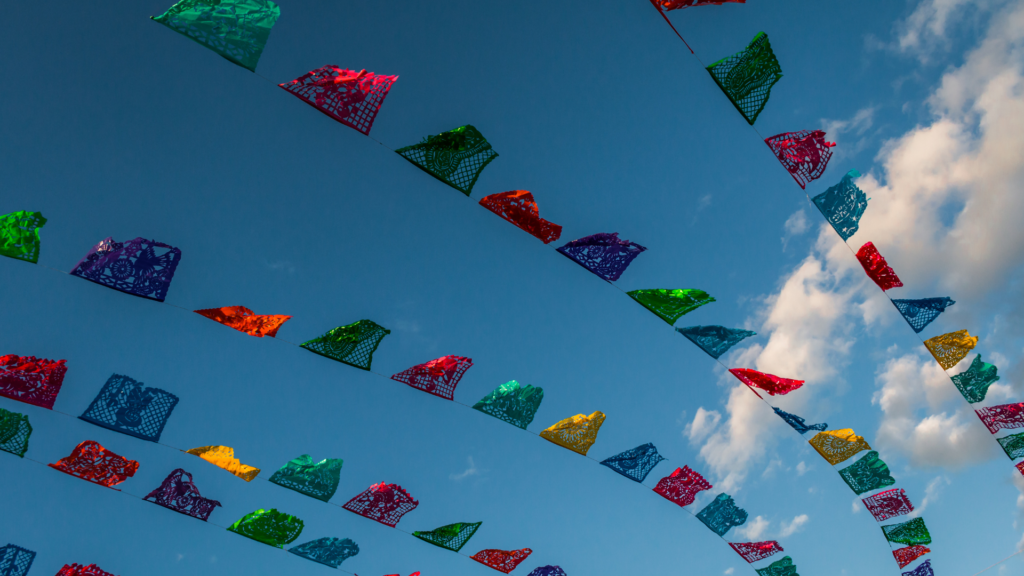 Epic Summer Festivals Around the World

We can finally (and happily) say that festivals are back in 2022! We’ve waited two years for some of these festivals to resume, after a long hiatus due to the pandemic. Whether you’re looking to listen to amazing music, party in the streets or see a rodeo, we’ve compiled a list of some of the most epic summer festivals around the world!

The Isle of Wight Festival is an award-winning British music festival, taking place on the largest island in England. It is known for mixing iconic legendary artists with the hottest up-and-coming acts. As usual, this year’s festival is spread over three days (June 16th to 19th) and welcomes over 55,000 fans! The Isle of Wight festival is famous for its fun and friendly atmosphere — just the boat ride from the mainland will get you feeling like you’re on holiday!

San Francisco Pride is one of the most famous and extravagant parades celebrating the LGBTQ+ community. The event is not only about expressing oneself but also about bringing members of the LGBTQ+ community and allies together through a parade, music, dancing and more. This isn’t just a reason to party in the reason but is also a wonderful way to stand up for a worthy social cause.

The Montreal International Jazz Festival is said to be the largest jazz festival in the world, as classified by the Guinness Book of World Records. For over forty years, this festival has found its home in downtown Montreal, attracting jazz aficionados from all over the world. Spread over ten days, this year’s festival will take place from June 30th to July 9th. With artists playing a range of music from pop to rock to folk, even if you aren’t a jazz lover, this festival is worth a visit!

Another Canadian festival to consider this summer is the world-renowned Calgary Stampede. While the actual rodeo takes place from July 8th to 17th, the Calgary Stampede is a non-profit organization that celebrates western heritage, culture and community spirit. Every year is a variety of rodeos, shows, midway rides, live music and outrageously delicious food. Bring your cowboy boots, funky hats and appetites for a good time! Plus, if you’re a fan of country music, this year Blake Shelton will be headlining the first concert in the series!

From July 17th to 20th, get ready to experience one of the most unique festivals in South Korea! Boryeong Mud Festival, otherwise known as Mudfest, is a time to experience some good old-fashioned mud wrestling, sliding and swimming. This event actually began in 1999 as cosmetics marketing, since the region’s mud has major skincare benefits. Fast forward to 2022, and Mudfest is a cultural phenomenon for Koreans, Europeans and Americans alike!

Without a doubt, Sziget is one of the largest music festivals in Europe. Taking place on an island in Budapest, Hungary, it is a six-day festival that features music, art, theatre and even a circus! It is a massive cultural event, inviting guests from all over the world for over 1000 performances spread over 60 stages. After being cancelled in 2021, Sziget is back and better than ever for 2022, with headliners including Dua Lipa, Tame Impala, Justin Bieber and the Arctic Monkeys!

Last but certainly not least, is La Tomatina, probably one of the craziest festivals in the world. La Tomatina takes place every year on the last Wednesday of August in the town of Buñol, Spain. In a nutshell, the entire town gets together and throws tomatoes at each other in a giant food fight! It is said that this tradition started in 1945 when a group of kids got into a fight and used a nearby tomato stall as ammunition. La Tomatina is obviously highly entertaining, and both locals and tourists gather for this epic event!

Find great deals on trips to these epic destinations and more with http://flighthub.com