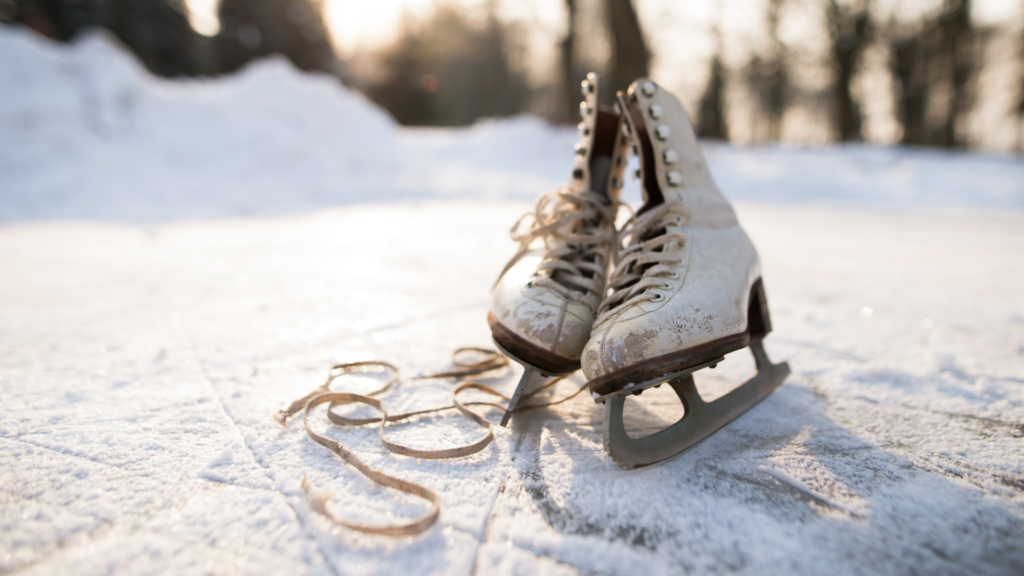 As Canadians, we’re no strangers to the cold weather and one thing we always look forward to come frosty season is skating! A great way to enjoy nature, get some exercise and of course, have fun. Whether it’s an icy trail through the forest or a mountain top rink, here are our top five skating spots in Canada.

We couldn’t make a list of top Canadian skating spots without including this iconic landmark! Rideau Canal Skateway is a UNESCO World Heritage Site and it is also the largest naturally frozen rink in the world! Having opened to the public for the first time in 1971, the Skateway has a rich history in Canadian culture. Stretching in at 7.8km long, you can’t miss the Rideau Canal Skateway as it begins right in the heart of downtown Ottawa. Of course, don’t come here if you’re looking for a relaxing day outdoors. An attraction like this one is always (and I mean ALWAYS!) crowded — think holiday skating at Rockefeller Centre in New York City. However, if you’re in Ottawa during the winter months, the Rideau Canal Skateway is truly worth a visit!

Getting away from the city and going to be vacationing in Muskoka, Ontario this winter? Arrowhead Provincial Park is a must-see! Famously known for its world-class cross-country skiing, Arrowhead is a playground for lovers of outdoor mountain sports. In addition to its ice skating trail, you can also go tubing and snowshoeing here. The man-made ice skating trail is 1.3km running through the Muskoka forest and doesn’t disappoint! What makes this spot a total hit? The Fire and Ice Nights! The trail gets illuminated with large tiki torches in the evening, creating a “wintery-tropical” scene. Talk about an exotic outdoor activity!

The Lost Forest, better known to locals as Le Domaine de la Forêt Perdue, was the first ever forest skating path in Quebec! With over 15km of labyrinth style paths to skate through, you’re bound to spend a few hours getting lost in the woods (the good kind of lost!). Less than two hours away from the vibrant city of Montreal, this makes for a great day trip or as a stopover on your way from Montreal to Quebec City. The best part about this spot is that there are farm pens dotted all along the paths, meaning you’ll meet tons of furry (and feathery) friends along the way. We’re talking alpacas, goats, deer, sheep and ducks! Last but not least, you’re also permitted to bring your own canine friend to skate with you, as long as they’re on leash. I don’t know about you guys, but this sounds like the perfect day for an animal lover!

This option is similar to the Lost Forest in Notre-Dame-du-Mont-Carmel, but it’s smaller and off the beaten path (which we love). Bois de Belle-Rivière is a 2.5km ice skating path nestled in the forest, offering the option to skate during the day or at night in a beautifully illuminated setting. Despite being smaller than the original Lost Forest, it feels just as magical as it is less crowded! Being only 40 minutes from Montreal, this makes for a unique and memorable date night activity. Rather than going to a cliché and crowded rink, bring that special someone on this enchanted forest adventure! The perfect spot for couples in the evening and families in the daytime.

Saving the best and most *iconic* skating spot for last…Lake Louise ice skating is special for SO many reasons! First, it’s located in the beautiful Canadian Rocky Mountains, which means the views are spectacular. Second, it’s one of the most well-maintained natural ice skating rinks in the world, given that The Fairmont Château Lake Louise cares for it, keeping the ice pristine all winter round. You have the beauty of a natural lake, but the quality of a Zamboni-cleared rink — best of both worlds! Third, other than the fact that you’re skating in the mountains (!!), there are also super cool ice sculptures all around the lake. Talented sculptors come from all around to compete in the Ice Magic Festival held each January. Once the competition is over, the sculptures stay on display all season long. And finally, it’s a great place to meet people! Tourists from all over the world come to visit the beautiful lakes at Banff, you’re bound to meet some like-minded travellers.

Find flights to these destinations and more on https://www.flighthub.com/