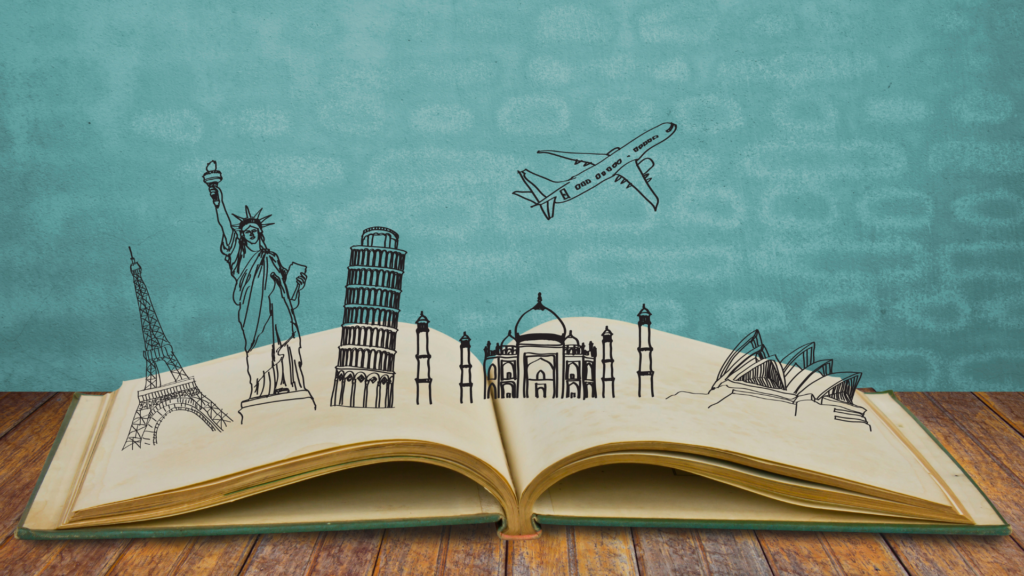 From Page to Plane: Travel Based on Books

Have you ever read a book and wondered where the author got the inspiration for the beautiful scenes they were describing? Or thought to yourself, “Man, I hope this place exists because I’d love to go there”? Me too. Its often for this reason these novels get adapted to film — to bring fiction to life! What if I told you that these places do really exist and that you can visit them by simply hopping on a plane? From the pages of Harry Potter, Jane Eyre and Anne of Green Gables, here are some iconic destinations that will transport you from page to plane!

Lucy Maud Montgomery, the author of the series, spent much of her childhood visiting Green Gables farm in Prince Edward Island, Canada. It is a 19th century farm, whose land and farmhouse greatly inspired Montgomery’s novels. Lover’s Lane, the Haunted Woods and Balsam Hollow are all fictional places that were created from very real spots on the farm. Green Gables actually became a national park in the 1930s due to the series’ popularity!

King’s Landing from ‘Game of Thrones’

While Croatia is already a country that should be on everyones bucket list, the city of Dubrovnik is definitely worth a visit if you’re a fan of Game of Thrones. Did you know that the original name of the book series was A Song of Ice and Fire by George R. R. Martin? While writing the novels, Martin drew much of his inspiration from actual medieval history and visited several historic European landmarks for accuracy. Upon visiting Dubrovnik he claimed it to be an amazing city for fantasy fans.

J.K Rowling took inspiration from many locations around the UK while writing her world-renowned book series, Harry Potter. So much so, that several pillars of the series (such as Hogwarts Castle) actually had to be filmed in multiple locations when it was adapted for the big screen. In order to capture the magic Rowling had described in her pages, multiple English castles were used to portray the Hogwarts we know and love. The main one being Alnwick Castle, in Alnwick, England. Then, we have Gloucester Cathedral where most of the interior shots were filmed. Finally, there is the iconic dining hall of Christ Church College in Oxford, which directly inspired the Great Hall at Hogwarts.

The Shire from ‘The Hobbit & The Lord of the Rings’

The sets used for Hobbiton for both ‘The Lord of the Rings’ and ‘The Hobbit’ trilogies remain intact today! You can visit the beautiful grounds just outside of Matamata in New Zealand. It is a popular spot for most people who visit the country, even if you’re not a LOTR fan since the miniature living quarters are just so incredible. For those of you that are fans, pop in to the Green Dragon Inn for a pint!

It is widely believed that Charlotte Brontë, author of Jane Eyre, used the village of Hathersage in Derbyshire, UK as the main backdrop for her famous novel. Supposedly, she visited this village in 1845 and stayed with a friend for about a month, which deeply inspired Jane Eyre. Thornfield Hall, the home of Mr. Rochester, the male romantic lead, was allegedly inspired by North Lees Hall, near the village of Hathersage. Brontë fans, a trip to Shire county awaits you!

Unlike the other landmarks in the Harry Potter novels which are mostly fictional, Kings Cross Station is actually a real station in London, England. Also known as London King’s Cross, it’s a major railway terminus in Camden, on the edge of Central London. Rowling used this landmark since her parents met on a train heading to Scotland, which departed from King’s Cross Station. Of course, as a clever marketing tactic, you can actually find Platform 9¾ and take the perfect photo for your Instagram feed!

Find great deals on flights to these destinations and more at http://flighthub.com