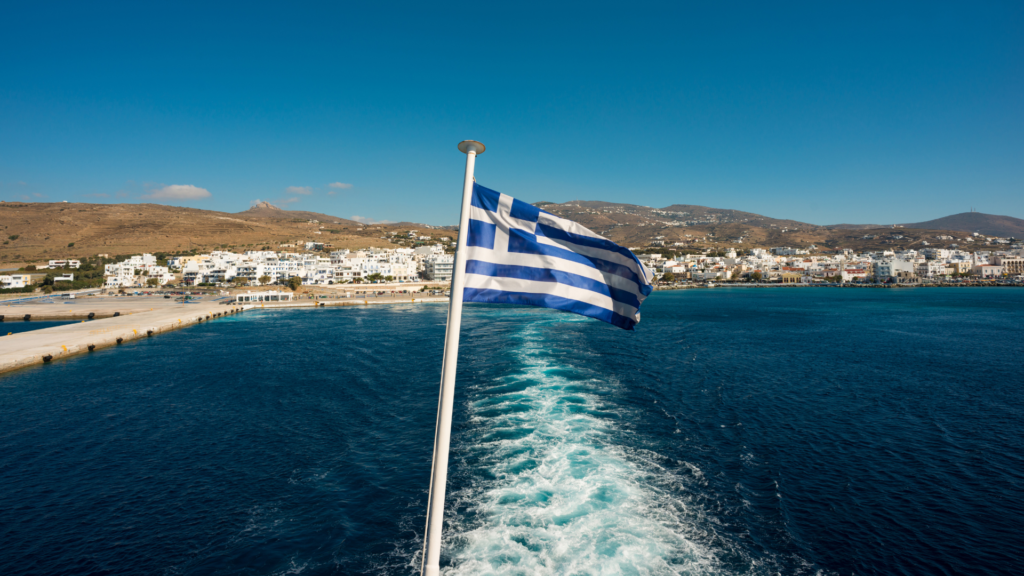 Greece is one of the most idyllic countries in the world, making it the ultimate destination for just about anybody! Whether you’re looking for a romantic island for your honeymoon, a beach club for partying or old cobblestone streets to get lost in — Greece has got you covered!

The Cyclades, arguably the most popular island group in Greece, refers to the islands forming a circle around the sacred island of Delos. This name has its roots in Greek mythology — rumour has it that Poseidon, God of the sea, got angry at the Cyclades nymphs and turned them into islands. The more you know!

In this edition, we are going to focus on a few Cycladic islands, such as Paros, Milos and Sifnos. We’ll chat about where to stay, what to do (and eat), how to get around, and every detail in between!

Although the capital of Greece is obviously not in the Cyclades, this is most likely where you’ll be starting your trip! Most people tend to spend only a short amount of time in Athens, seeing as many capital cities are typically good travel hubs, but nothing more. I’ll be honest, I have to disagree when it comes to Athens! It’s got delicious food, charming streets and an incredible amount of history. Besides, the Piraeus port is where you’ll depart from to catch the ferry to most of the islands!

One of the most popular Greek islands for a reason, Paros has endless blonde-sand beaches, beautiful natural landscapes and clifftop villages galore. With over 120km of coastline, Paros is famous for its fabulous beaches, such as Santa Maria, Golden Beach Paros, and Kolymbithres.

There are two main villages on the island, Parikia and Naoussa. The quaint fishing village of Naoussa is that picturesque town you’ve been dreaming of. I’d recommend exploring at sunset when the sun illuminates the cobblestone in a stunning marmalade orange!

Parikia on the other hand is the capital of Paros and is much more chaotic —it’s where locals go, and where most of the commerce takes place. It definitely has more of a raw feel to it! The number one thing to do here is to visit the famous “Church of 100 Doors”, Ekatontapiliani. Even if you have zero religious affiliation, it’s truly not to be missed!

Up next, is Sifnos — dubbed the most delicious Greek island, thanks to its phenomenal food scene! Located in the Western Cyclades, the island is characterized by a peaceful and relaxing atmosphere, which makes it a popular destination among families and couples.

Since we’re raving about the food scene, we have to talk about Omega3. This restaurant is right on the Aegean sea, serving a variety of fish and seafood with a global twist! Fresh, delicious food served in a casual beach bar setting — does it get more #vacationvibes than that?!

If you’re going to be checking out some architectural landmarks, I’d recommend visiting the Church of Seven Martyrs, which is a chapel that appears to be floating on a huge rock. Then, don’t miss Kavos Sunrise, a characterful bar serving killer mojitos after a long day in the sun!

Last but not certainly not least, we have the breathtaking (yet unpretentious) island of Milos. Standing out for its majestic ambiance, rich history, picturesque fishing villages, amazing food, and indigo bays, Milos is absolutely timeless!

If you’re not too fed up with boats, I would definitely recommend taking a sailing tour to Kleftiko, a former pirate hideout and cave. The rock formations are impressive and the water is a beautiful emerald green! If diving is your thing, you can also scuba dive and take a closer look at the volcanic seabed in Kleftiko. Whether you’re a first-time diver or you’ve got lots of experience, they’ve got you covered!

Finish your day at Utopia, Plaka’s only bar with a rooftop terrace for you to watch the sunset. Of course, you’d better get there early if you want a seat, but it’s something you have to do at least once when visiting Greece!

Find great deals on flights to Greece with http://flighthub.com