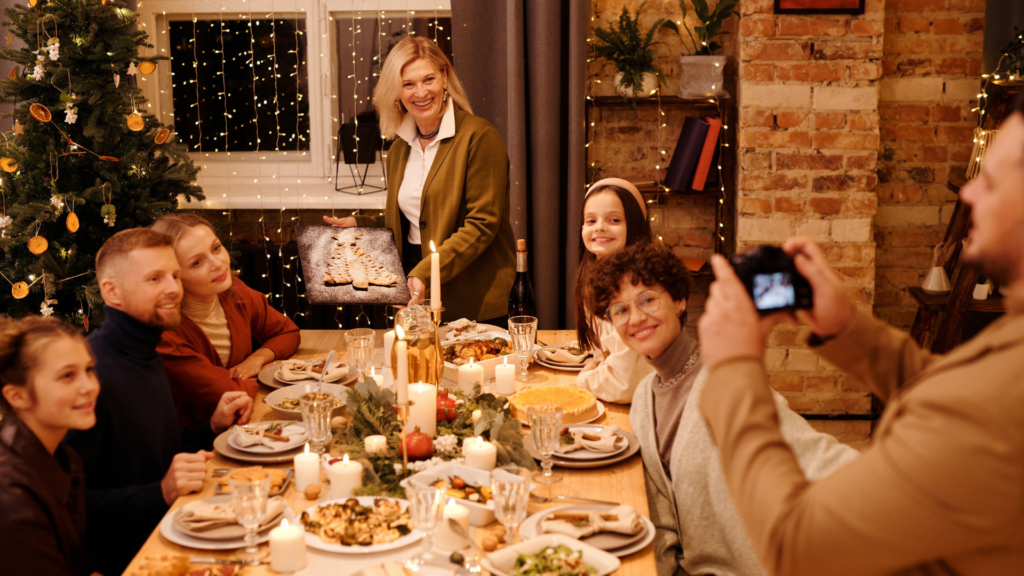 Holiday Meals Around the World

Nothing brings people together quite like a home-cooked meal. The traditions of the holidays often revolve around delicious feasts to be enjoyed with family and friends. No matter what continent you live on, the holidays are always special and bring us together to celebrate life!

Traditional Christmas meals vary by region in Italy, but one of the most popular (and most delicious) is known as the Feast of the Seven Fishes. Starting in Southern Italy, where the seafood is abundant, the meal consists of – you guessed it- seven seafood dishes. The number seven is considered lucky in Italian culture and relates to the most repeated number in the Bible. Some of the most popular dishes served are baccala (salt cod), fried calamari, linguine with clams, octopus salad, and shrimp.

Many Nordic countries have a traditional meal known as smörgåsbord, which is a variety of small dishes served all at once. In Sweden, the Christmas version is called julbord, and it is full of traditional dishes such as pickled herring, smoked salmon, meatballs, beet salad, liver paté, cheeses and bread. The different dishes are meant to symbolize abundance after having fasted during Advent.

This tradition is rather peculiar and may surprise you! Japan loves to have fried chicken – from a particular “finger-lickin’ good” restaurant on Christmas. That’s right, fast food is one of the most popular meals in the country, so much so that the fast-food restaurant receives orders for Christmas up to two months in advance. The tradition began in the 1970s after the first franchise opened in Japan, and the owners sold a special Christmas bucket inspired by the American turkey dinner. Many people in Japan are fascinated by American culture and because they didn’t have many existing Christmas traditions, this one took off and has been popular ever since.

Tamales are a dish that’s eaten year-round in Costa Rica but originally they were a special meal reserved just for Christmas. Each family has a unique recipe with fillings ranging from pork to chicken to spicy to mild. Most commonly Costa Rican tamales are made with a mix of ground corn, pork, carrots, rice, sweet pepper, and chilis, then wrapped in a plantain leaf and cooked. You’ll find sweet and savoury dishes on the table as well, like homemade eggnog, rum cake and whole roast pork.

Sweet mince pies are one of England’s most popular dishes dating back to the 13th century. After knights returned from the Crusades they brought with them new spices like nutmeg, clove, and cinnamon, which were mixed with dried fruits and baked into pies. The pie was considered so flavourful that the Puritans banned it for being unholy! Other traditional dishes that were less controversial include Christmas pudding, leek and potato soup, Yorkshire pudding and roast beef.

Orthodox Ethiopians use the old Julian calendar and celebrate Christmas on January 7th, which is called Ganna or Genna. During the days leading up to Christmas, many people fast for 43 days and break the fast for Christmas dinner. The meal usually includes rooster Doro wat, a meat stew; hard boiledhard-boiled eggs; and injera, a sourdough flatbread that’s used as a base for different toppings like lentils and split peas. Injera is served with many Ethiopian meals but the toppings and addition of the meat stew are what makemakes this meal special for the holidays. A fun fact is that it’s common to use flatbread to scoop up your food instead of using forks and spoons.

One of the most common Holiday meals in the Philippines is served for breakfast. Bibingka is a dish consisting of rice flour or sticky rice, coconut milk, sugar, and water wrapped and cooked in banana leaves. Depending on the family recipe it may be topped with eggs, cheese, or coconut flakes as well. The dish is usually served after Simbáng Gabi,  a nine-day series of Filipino Catholic masses leading up to Christmas day. You can even find tables of food set up outside many churches where you can buy bibingka and other popular sweets, such as steamed rice cakes or puto bumbong.

Whatever meal graces your table this year, we wish you a wonderful Holiday filled with health and happiness!

Find flights to these destinations and more at https://www.flighthub.com/