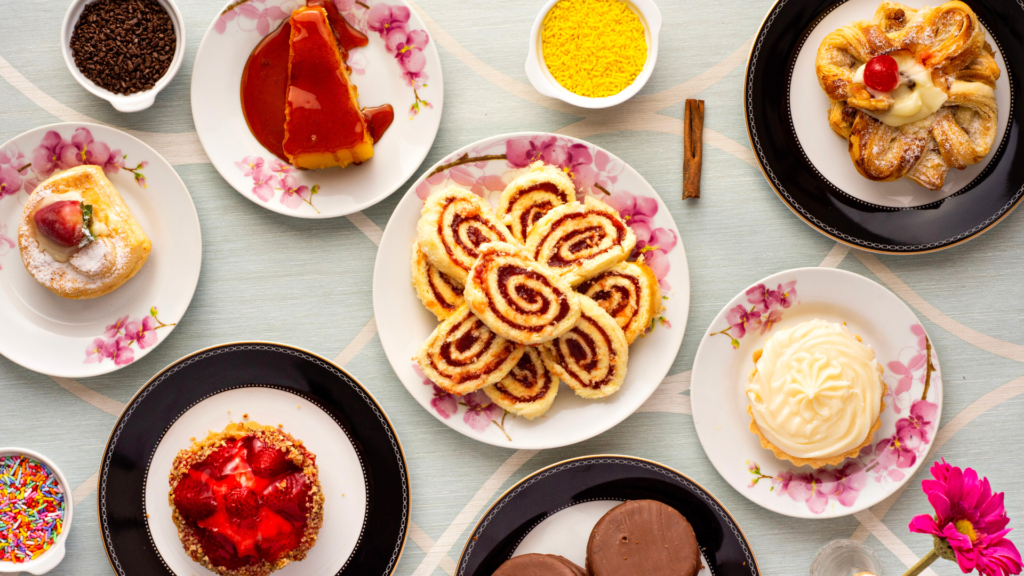 Iconic Desserts Around the World

As any true foodie would agree, one of the best parts about travelling is experiencing different delicacies and cuisine worldwide. For those with a keen eye and palate, there is much to learn and appreciate from every culture’s staple ingredients, spices, tools and methods of preparation. In that same vein, discovering the secret to every country’s sweet tooth can teach us a lot too. Each region has its list of famous, traditional desserts, from sweet to savoury. That said, we have gathered a few favourites from different countries to inspire your inner foodie! Check out our list of iconic desserts around the world!

We couldn’t give you a list of Italian desserts and not include gelato. The key to Italian gelato though is spotting the difference between authentic gelato and not just gelato-branded tourist shops. If frozen desserts aren’t your thing, why not sample the wide array of heavenly Biscotti! This crunchy, delicious cookie is a great way to capture the essence of Italy’s sweet tooth, especially when paired with coffee or Bicerin.

For those who love coffee-flavoured, we highly recommend trying out tiramisu. For something a little less decadent but equally delicious try a small box of Sfogliatella and Cannolis to enjoy with a coffee in the morning or on a peaceful evening stroll.

Once the Italian pastries have won you over, travelling a little further west to try the infamous Portuguese delicacy, Pastéis de Nata, is the only reasonable next step. These bite-sized crispy pastries are filled with a sweet egg custard filling… and what we can say with absolute certainty, is that one won’t be enough. Luckily, they can be found in most Portuguese coffee shops, so you’ll never have to be without one for too long.

Pão de ló, also known as Portuguese sponge cake, is another classic delicacy. While this dessert may seem less decadent than some of the others, it is a staple at family gatherings. Another local favourite is the Quijada. These egg and milk-based pastries look like the perfect hybrid between Pastéis de Nata and the Pão de ló, and are just as mouth-watering!

Although many of these desserts have become popularized in the West, and have won over the hearts of people worldwide, there is nothing quite like enjoying these delicacies in Japan! For example, the traditional dessert, Anmitsu, is a Japanese parfait made from small cubes of agar jelly that is topped with a variety of sweet fruits. Daifuku and Dango are also very beloved. Daifuku is a variation of a mochi dessert and is usually stuffed with Anko (red bean paste)—although it can also be filled with fruit and other sweet pastes. Dango, on the other hand, are small balls made from mochiko—a rice flour similar to mochi. Three of these balls are typically placed on skewers and can be covered in different syrups. Manju, or red bean cakes, are also very popular here.

And last but not least, try the infamous souffle pancakes that have taken the world and the internet by storm. The lightest, fluffiest pancakes you’ll ever have, often served with fruit and whipped cream.

If this doesn’t inspire your hunger for travel and sweets, we don’t know what will! Stay tuned for the second part of this series!

flights to these destinations and more with http://flighthub.com