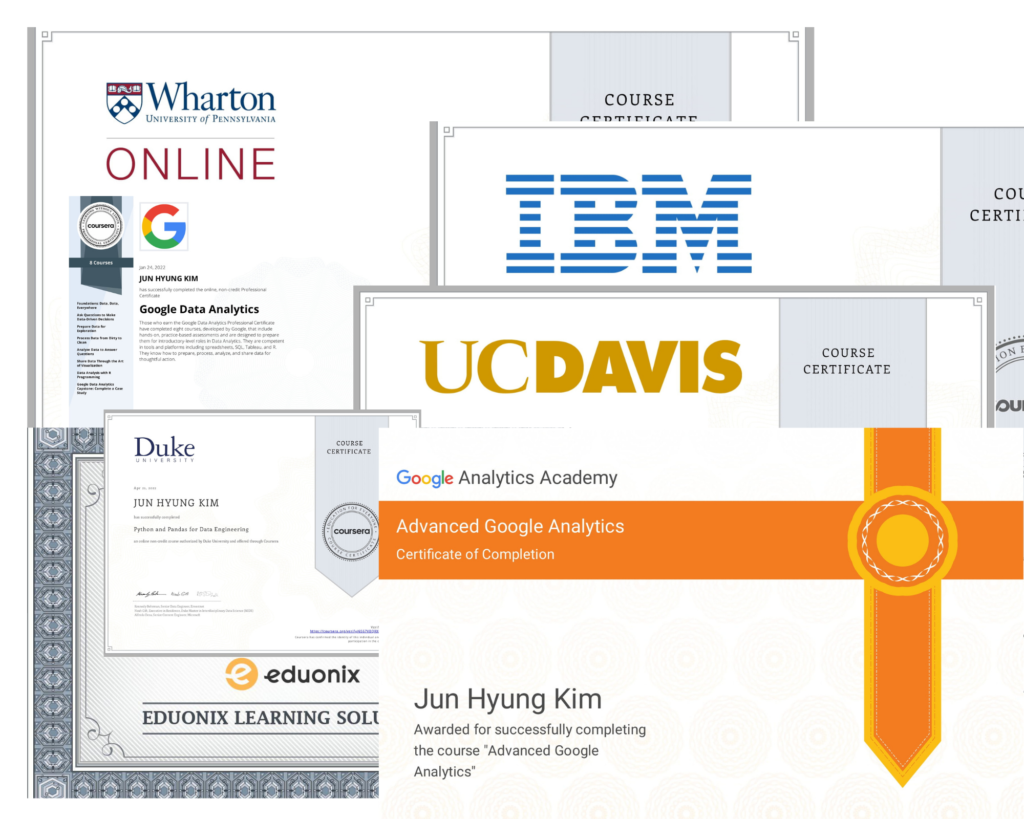 In Life at FHG

Setting the Bar for Continuing Education

Holding a degree in financial mathematics, economics and statistics from Wilfrid Laurier, recent grad Matthew Kim was already a textbook case of hireability. But he wanted more.

With a wealth of additional qualifications in everything from Google analytics to Python Project and SQL for data science and with assistance from FlightHub’s continuing education subsidy, he has big plans for the future.

Like other cream-of-the-crop students, Matthew Kim’s first job after graduation was with Deloitte. He had a multi-year goal of becoming a financial analyst, so he started studying for the certified financial accounting (CFA) exam at the same time. Kim would put in his hours at Deloitte from 6:30 am to 4 pm, head to his CFA classes at the University of Toronto, get home around 1 am and start again bright and early the next morning.

He eventually moved from Deloitte to an online investment brokerage firm but he started questioning his career interests. “Finance is interesting but repetitive work and I started wondering, ‘What if I don’t like working as a financial analyst?’” Kim recalls.

The pandemic was also wreaking havoc on his CFA exam plans. “Everything kept getting delayed or pushed back,” Kim says. “It felt like I was wasting a lot of time waiting around.”

He decided to broaden his career goal from being a financial analyst to becoming an analyst in general and enrolled in a six-month, eight-course Google Data Analytics professional certificate. “Coursera has a variety of courses with monthly enrollment and an estimate of how long each course takes,” Kim explains. “That gives me motivation to finish each course.”

Ever the high-achiever, Kim is often able to get through 40-60 hours of coursework a week and has completed 18 certifications in the last year, from prestigious institutions such as Duke University and the Wharton School of Business at the University of Pennsylvania. Since starting at FlightHub in early 2022, Kim has also started taking Python and Pandas courses, which, as he admits, is not without a touch of irony.

“When I took Python courses in university, I hated them!” he laughs. “But so much of what I’m working on now has Python overlap, including the libraries for data frames and data structures I’m working on. I’m starting to see how you can be creative with it and how you can make a lot of different things that no one else has thought about.”

FlightHub offers employees an annual continuing education subsidy of $1,500 and Kim says that the financial incentive is a nice boost but he would probably take the courses regardless and has also convinced his friends to give them a try.

“A lot of people finish university or college and then either don’t end up finding a job in their field or find a job and realize they don’t like it that much. I’ve probably told about 20 people so far about how these courses make it easier to find a job or change to a technology-based job.”

Next up for Kim is the Amazon AWS seminar, which according to his manager, Director of Fraud Prevention, Drayton Williams, will only broaden the skillset of an already very accomplished individual.

“Matthew joined our team as a data analyst to rebuild our analytics database and increase its reliability,” Williams says. “With his skills, he was able to rebuild the database from scratch, to set up customized requirements and to make sure the database works best for our team now and going forward.”

“He’s very independent and proactive and I’ve discovered he is a person of many talents, from badminton, music, lifting weights every day – he’s a fun guy to be around.”