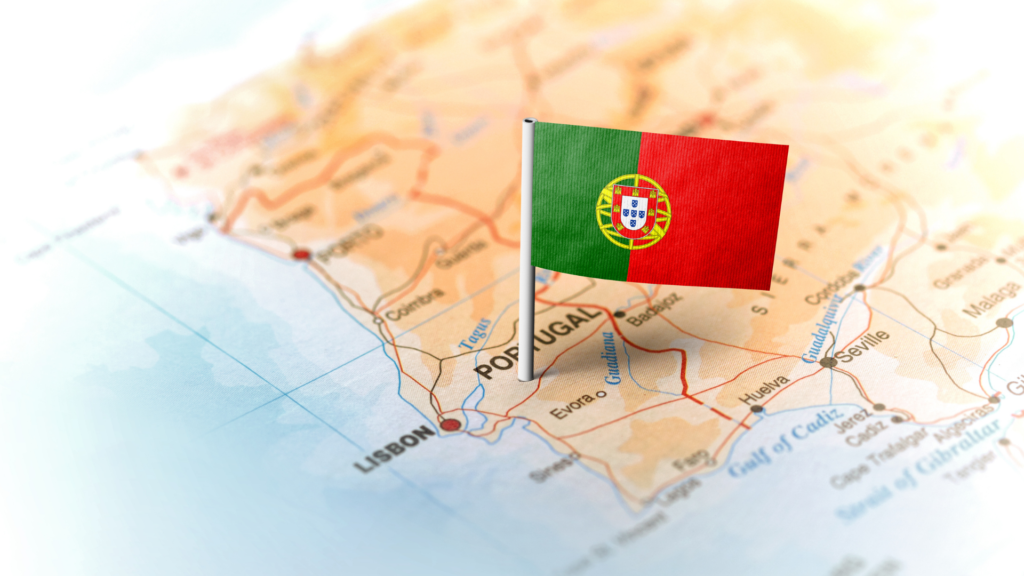 The Best Places to Visit in Portugal

Portugal is one of the most beautiful countries in Europe. It has everything one could dream of — city living, castle hopping, beach bumming and more! Portugal has something to offer for everyone, making it a great destination for couples, backpackers and families alike. Let’s take a tour through the country, exploring some of the best places to visit in Portugal.

In northern Portugal, Porto is a city not to be missed! It lies at the mouth of the Douro River, ready to ship its famous port to the rest of the world. It’s cozy, tranquil and less travelled than Portugal’s capital, Lisbon. Although it’s the country’s second-largest city, it remains a hidden gem! First of all, prices in Porto are significantly cheaper than in the rest of Portugal (and the country itself is already considered to be a more budget-friendly destination). Second, if you’re a fan of port, wine and good eats (who isn’t?) then you’ve gotta visit! While Porto does see its fair share of tourists, it’s one of those places that still caters to locals. You’ll see many restaurants with handwritten menus in Portuguese, showcasing the catch of the day — which is probably the best way to choose a resto! Finally, Porto is home to so many beautifully tiled walkways that are just begging you to come and explore!

From Porto, the Douro Valley is a great place to visit next. This is a wine-lovers paradise, as it’s the oldest demarcated wine region in the world. It is actually considered a UNESCO World Heritage Site, and the cultivation of wine in this region dates all the way back to Roman times! Some might say that Douro is a little drop of heaven — beautiful landscapes, miles of vineyards that follow the contours and hillsides of the Douro River, and medieval stone villages. The views are simply postcard-worthy from every angle!

You simply cannot go to Portugal and miss the capital city! And to be honest, you wouldn’t want to. Lisbon is one of those cities that is truly outstanding, unlike many capitals that are better as one-stop-shops. Lisbon is lively, bustling with people and has great energy — CNN Travel even labelled it as potentially the coolest capital in Europe. Lisbon has incredible nightlife, great food, fascinating streets and neighbourhoods and lots of art (both the museum kind and the street kind). From the quarters of Alfama, to Belem Castle, Lisbon has it all!

Cascais is an easy day trip from Lisbon and perfect if you’re craving a beach day, not too far from the city. By car, it’s about 30 minutes and if you prefer to take public transit, you can be there in as little as 40 minutes. While there are two beaches in town, I’d recommend renting a bike and going a bit further to Praia do Guincho (about 10km out of town) for a more scenic experience. There is a beautiful wooden walkway to get down to the beach, which is surrounded by greenery, sand and a tiny glimpse of the ocean as you continue down the path. 10/10 recommend this day trip!

Another great day trip from Lisbon, is Sintra. Visiting this town is like going to Disneyland for architecture lovers! Sintra is another UNESCO World Heritage site and one of the most popular attractions in Portugal. Every year, millions of people flock to Sintra to explore the former residences of the rich and royal families. Each building has its own style and colour palette, making each monument in this town worth a visit. Probably the most popular is Pena Palace, but the Castle of the Moors and Quinta da Regaleira are equally breathtaking in my opinion!

Last, but not least, is the south of Portugal, better known as the Algarve region. When you see photos of cliffs, sea caves and golden beaches on Instagram, you’re likely looking at the Algarve. I have to admit, Lagos is one of the most naturally beautiful places I’ve ever visited. The rock formations are outstanding (namely, Ponta da Piedade) and the beaches are just incredible. Unfortunately, Lagos itself has begun to get extremely crowded, but the neighbouring cities of Faro and Albufeira are absolutely worth a stop when visiting southern Portugal!

Find great deals on trips to Portugal with http://flighthub.com