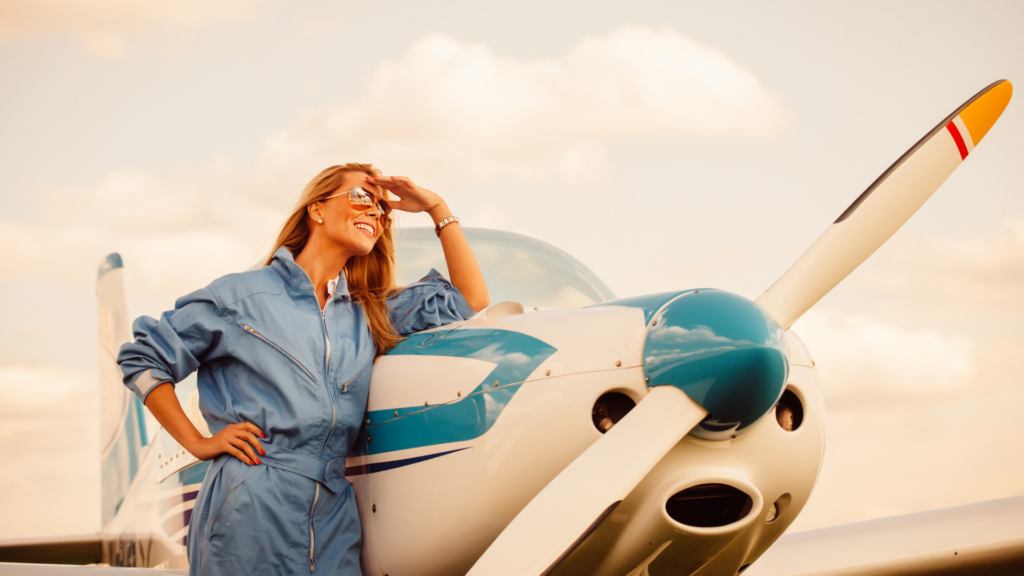 To kick off International Women’s Day we’re introducing our Women In Flight Series. Each week we’ll feature an inspiring women who made a big impact in the world of aviation. Our first pilot is none other than Elizabeth Bessie Coleman. Born on January 26, 1892 in Atlanta, Texas, Coleman made history by being the first ever African-American woman, and the first Native American to hold a pilot’s license.

Bessie Coleman had twelve brothers and sisters, and was born into a family of sharecroppers. She worked in the cotton fields as a child, but it quickly became obvious that Bessie had enormous academic potential, obtaining a scholarship at the age of twelve. As soon as she turned eighteen, she had saved enough money to attend Langston University in Oklahoma. Unfortunately, she had to return home to Texas after one semester, as it was too expensive for her to continue.

Eventually, Bessie moved to Chicago with her brothers and became a manicurist. Surprisingly enough, this is where her love of flying began. She worked at a local barbershop and would hear stories from the pilots returning to the US after World War I. Determined and courageous, Bessie got a second job in a restaurant to start saving towards flight school. At the time, American flight schools did not accept women for admission, nor those of African-American descent. She applied to schools all over the country, but no luck. Eventually, she realized she would have to move abroad to pursue flight school.

“Brave Bessie”, as she was often nicknamed, refused to take no for an answer. She moved across the ocean and attended the Caudron Brothers’ School of Aviation in Le Crotoy, France. In 1921, she finally received her international pilot’s license.

With additional training, Bessie specialized in stunt flying and parachuting. Eventually, she moved back to the US with the ultimate dream of opening her own flight school. She started giving speeches and showing clips of her flight stunts in churches, theatres and schools in order to earn some money.

Throughout this period, Bessie always stuck to her morals and refused to speak in establishments that were segregated or discriminatory. She toured the country giving flight lessons, performing in flight shows, and she encouraged African-Americans and women to learn how to fly. Bessie Coleman quickly became an icon all over the United States and Europe.

Two years into her flying career, Bessie survived her first plane accident. In 1923, the engine of her plane had failed and her airplane crashed — despite suffering from a broken leg, several cracked ribs and lots of scrapes, this did not deter her from flying by any means. Once she recovered, she went right back to performing loop-the-loops and figure 8s.

Unfortunately, as she was nearing the opening of her flight school in 1926, Bessie Coleman was tragically killed in an airplane accident. She was taking a test flight with a mechanic, when approximately 3000ft into the air, a loose wrench got stuck in the engine, catapulting the plane, thus causing both Bessie and the mechanic (Williams Wills) to fly out of the aircraft. Unfortunately, both of them were killed during this tragic accident. Coleman was thirty-four years old when she died.

Bessie Coleman’s death was heartbreaking for generations of people — she was a pioneer in aviation, inspiring others and breaking barriers for women and African-Americans alike. Thankfully, her legacy lives on to this day. In 1931, the Challenger Pilots’ Association of Chicago started a tradition of flying over Coleman’s grave every year. By 1977, African American women pilots formed the “Bessie Coleman Aviators Club”. Finally, in 1995, the “Bessie Coleman Stamp” was made to commemorate her accomplishments.